Like communities up and down the country, Sutton and the surrounding area were hugely impacted by the Battle of the Somme. Ten men from Sutton (representing 2% of the names on Sutton memorial) and 20 from Carshalton (8% of the names on Carshalton memorial) were killed on 1st July 1916 alone, or died of wounds received that day. Although there was not a local ‘pals’ battalion, the losses to individual units were still felt locally. For example, 12 of the 38 local men killed on 1st July were serving with the 7th Battalion of The Queen’s (Royal West Surrey Regiment). Why so many were serving in that battalion is unclear; it had been formed in Guildford in 1914 as one of Kitchener’s ‘new army’ service battalions. Twelve local men were also killed serving with the Territorial battalions of the London Regiment, in action at Gommecourt at the north of the battle.

Brief details of the local men known to have been killed on 1st July 1916 are provided below:

Second Lieutenant Francis Baker COLDWELLS, 2nd Devonshire Regiment, age 24. The Coldwells family lived at Glenalmond, Egmont Road. Francis went to Whitgift School and then Wadham College, Oxford. He enlisted in September 1914 and went overseas in May 1916. Two of his brothers were also killed during the war and their names are also on Sutton memorial. ‘A fine scholar and modest man’.

The British and German lines at Gommecourt, where many of the local men went into action with the 56th (London) Division

Lance Corporal Harty AYLING, 1st Border Regiment, age 23. Harty lived in Cowper Avenue then at 20 William Street, the Wrythe. A skin mill labourer and leather dresser, he married in 1912 and had three children, the youngest of whom was born just eleven days before he died. Also commemorated on Sutton memorial.

Private Claude Herbert Edwin GILBERT, 10th West Yorkshire Regt (Prince of Wales’s Own), age 26. Claude was born in Carshalton and was a painter.

Private Frank LONG, 8th East Surrey Regiment, age 35. Frank was born in Carshalton and lived at 25 Harold Road, Sutton. He was killed during his battalion’s attack at Carnoy, during which the men famously kicked footballs towards the German lines. 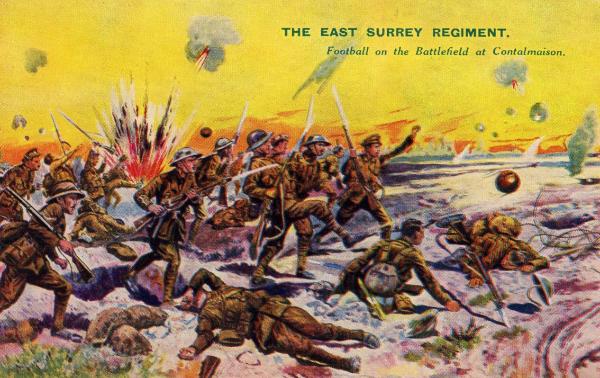 Private Francis James SHEARMAN, 7th Queen’s (Royal West Surrey Regiment), age 20. Francis lived with his family at ‘Tarrys’, Hill Road, Sutton and attended Sutton County School from 1909 to 1911. During his battalion’s attack he was shot above the leg. A shell then exploded near a shell hole in which he was taking cover, killing him. His name is also on the memorial at Sutton Grammar School.

The famous footage of the Hawthorn mine exploding at 7.20am on 1st July 1916 was filmed by one of the British Army’s official cinematographers, Geoffrey Malins, who was a Carshalton Beeches resident. 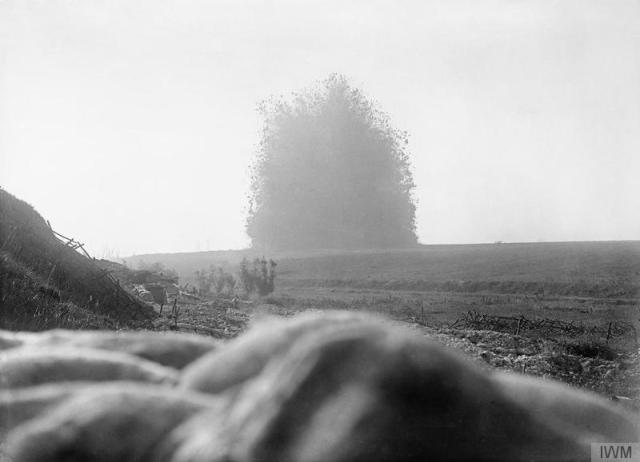 Sergeant Jonah TRIMMER, 2nd Royal Berkshire Regiment. He had previously been awarded the Distinguished Conduct Medal (DCM) “For conspicuous gallantry and cool judgement in handling his machine gun. On one occasion, after a withdrawal from the enemy trenches, he succeeded in getting his gun out of action under circumstances of great difficulty.”

Whilst the country reeled from the sheer number of casualties incurred on 1st July 1916, it must be remembered that the campaign would continue for a further 140 days, until the deteriorating weather brought the campaign to a halt on 18th November. In total at least 175 men from Sutton, Carshalton, Wallington, Cheam, and Belmont lost their lives in the campaign. Carshalton war memorial has the names of 59 men who died in the campaign inscribed on its panels; those 141 days out of the war’s 1,560 accounting for nearly a quarter of the names on the memorial. It is likely that many more men from the area were wounded as well, many with permanent and visible reminders of the war.

Of the 175 local men who lost their lives during the campaign, the bodies of 91 were never found and they are commemorated among the 72,000 names on the Thiepval Memorial to the Missing. 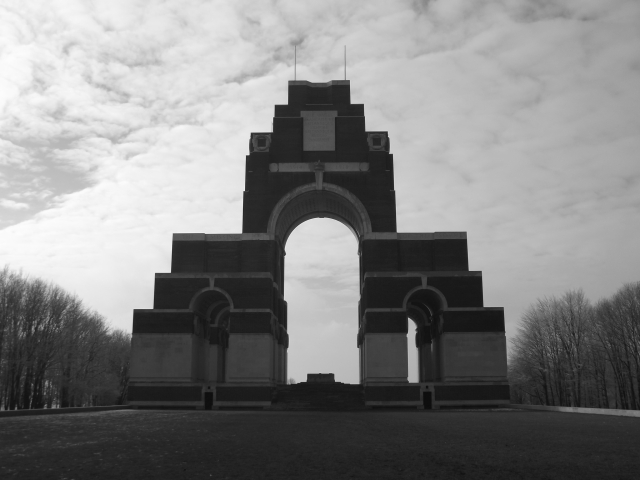 Thiepval Memorial to the Missing

You can find out more about the men commemorated on Carshalton war memorial in my book: Their Name Liveth for Evermore: Carshaltons First World War Roll of Honour